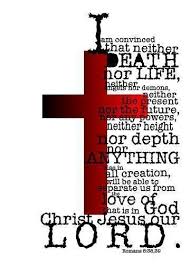 This is a sermon preached by the Vicar, Fr Paul Trathen, on Holy Cross Day 2014, 14 September. The text of the sermon follows: